Marcie is a performance artist known for her daring and provocative stage shows. Dawn is an ex-model turned stay at home mum. Bailey is their three-year-old daughter.

Each mother envies the other mother’s role. One gets bath-times and stories, the other gets a grand evening entrance after an exciting day’s work. Dawn is the biological mum, Marcie has no DNA bond. Dawn feels like she’s lost her individuality. She compensates by becoming the best mother in the house. She gradually pushes her wife out, one quirky ornament at a time. Until the living room is a playpen and Marcie’s daring paintings are replaced with reading lists and nutrition guidelines. Can the two mums regain their individuality and be equal mothers too? It’s time for a showdown. Meanwhile, three-year-old Bailey has lost her toy giraffe.

She trained as an actress and directed theatre at Bretton Hall College before completing a MA in Film Direction at the Royal College of Art. She’s made nine shorts, financed by a range of funders such as LFVDA, UKFC, Film Four and Anglia TV. She’s sold her shorts internationally to many TV stations winning numerous awards, such as from Clermont-Ferrand, DepicT, R.T.S, Brest and Encounters Festival. She won her BAFTA for the BBC drama Offside and won another R.T.S for Girls In Love.

Rachel has just shot her 10th short written by Caroline Bird and staring Jane Stanton and Pandora Colin. Her previous short (‘I’ll Tell You’) won at Encounters Film festival (Best of SW) and was BAFTA long-listed. She attended the Cinefondation screenwriting residency in Paris (Cannes film festival) and attended the Guiding Lights scheme. Her directing mentor was David Yates (Harry Potter). She was on the BFI scheme ‘Think, Shoot, Distribute’ alongside Andrew Haigh (‘45 Years’) and she was accepted onto the Creative England ‘Elevator Scheme’. Rachel won the Nick Darke screenwriting award for her feature script CUB, which had Tim Spall and Helen McCrory attached in principle. CUB was selected for the Berlinale Talent Project Market.

With BFI early development funding Rachel is writing dark comic idea Somewhere Out There, which she pitched at the Cinesisters Breaking Through The Lens event at Cannes in 2018. She is working on a Spec TV bible series for a ScI-Fi idea called Mapped, which was a popular concept at the Torino Film Lab. TFL Extended – TV series in 2018. She is collaborating with ie Productions in Cardif, who are currently seeking to develop Disorder, a comedy by Rachel.

This story resonated with me because it was moving and witty, with superb dialogue, fantastic design opportunities and a wonderful arc of change for its characters. It’s about a war between two women who, despite having had a glorious relationship to date, find that now being mothers to the same daughter is throwing up very different challenges (according to which ‘type’ of mother they are).

Little Bailey is caught in the middle grieving for her lost toy Giraffe, a symbol of the disjointed harmony between her mothers. The tension of that disharmony is wonderfully played out by taking a charismatic, colourful house (which is certainly a victim too!) and stripping it of its personality.

The location and costume design proved a rich and furtive ground to visually demonstrate the tensions between these two mothers. 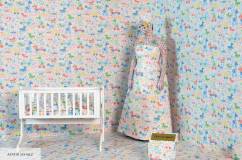 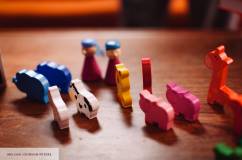 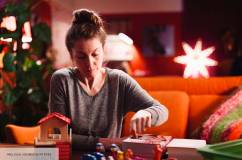 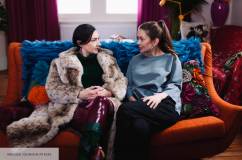 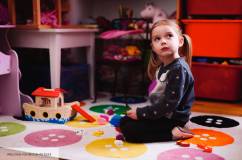 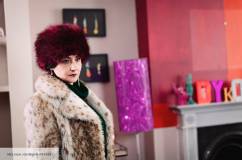 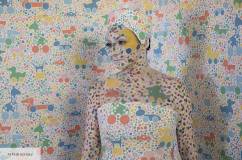 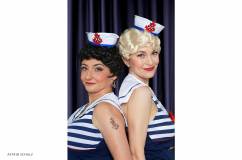 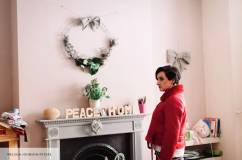 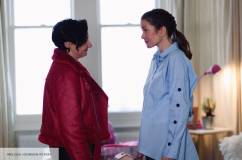 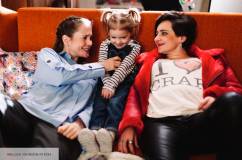 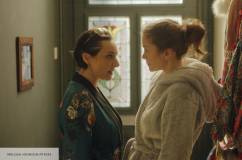 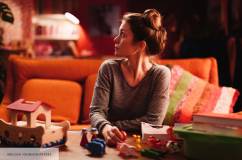 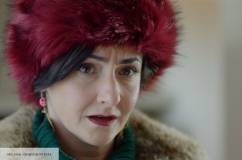 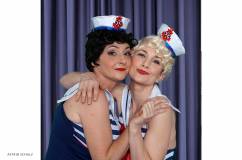 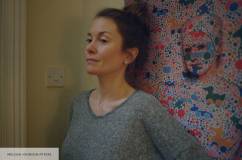 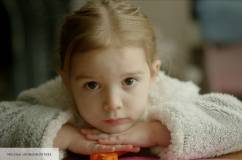